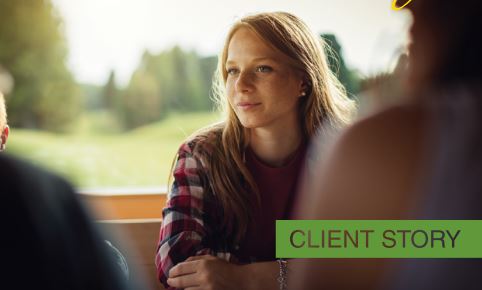 Steve* and Jim* knew their adopted daughter was special. She did well in school, was an accomplished musician, a gifted athlete, a Girl Scout, a teen eligible for her Confirmation, a valued employee, a beloved sister to their son, and precious daughter to them. But then she began to change. She broke their house rules, tried alcohol and marijuana, participated in minor thefts, and most scary, began setting up online accounts in fake names on dating sites to meet older men.

They tried everything they could think of – working with her school, local counselors, different programs for teens, her pediatrician, local hospitals, and police. But their daughter knew how to say the right things to officials so that no one took the situation as seriously as Steve and Jim knew it to be. Then their daughter disappeared with a man she met on the Internet. Steve will never forget the terror and desperation he felt talking to the police that night, begging them to help find the teen before something terrible happened.

Their daughter was found and at this point, the two fathers came into contact with St. Mary’s Home for Children when their daughter began participating in the agency’s Outpatient programs such as Equine Therapy. But it was soon apparent that their daughter needed more help and the fathers made the agonizing decision to entrust their teen to St. Mary’s Residential Services.

Steve and Jim quickly felt that they became part of a team with many different St. Mary’s staff to care for their daughter no matter how challenging her behavior became. They were impressed that St. Mary’s designed a treatment plan around what she needed, not just what a particular therapy model might offer. And most of all, they felt included and informed about what was happening with their daughter at all times.

Today Steve and Jim’s daughter still struggles as a work in progress but the couple knows that her time at St. Mary’s made a difference and is a big part of the reason
their daughter is still around to work on herself as a young adult.